Varieties Of The Wrought Iron Window 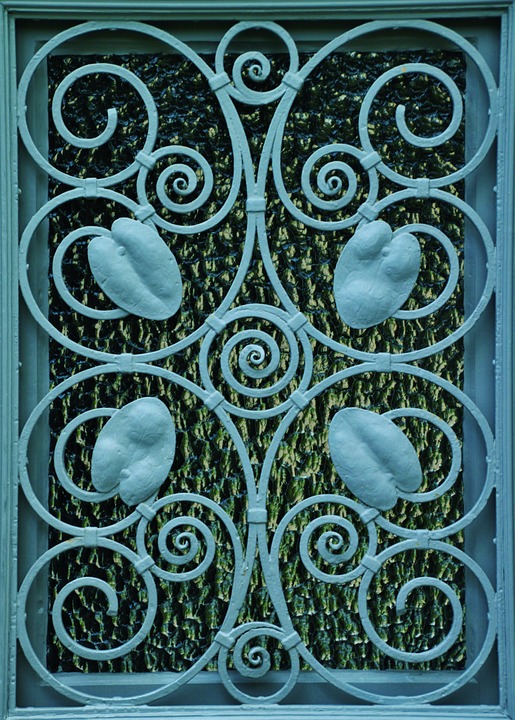 The wrought iron window is commonly seen in arched openings and in front doors and next to them. If
they are made into a window that opens and closes, it is a single-hung swinging egress or a sliding window.

Wrought iron makes the window special as most windows in a building have aluminum, wood, vinyl or steel casements or frames. Glass divided by wrought iron is rare, but it does exist. When we see it on windows, the home is said to have Spanish or medieval accents.

The Medieval period lasted from the 5th century to the late 15th century. Many windows made in the 14th through the 17th centuries were made of quarries or diamond-shaped panels of glass joined by strips of lead and then the whole group of glass pieces were framed by wrought iron. When these windows first appeared in the late 16th century as partial windows and later filled the whole opening.

Often custom windows appear ornate when wrought iron window is used. These usually feature elegant scroll patterns overlaying the glass. If these windows are divided, they rarely open by any means other than by sliding open and closed or by swinging outward as with a swinging egress window. Many of these types of windows do not open and form whole see-through walls or parts of them. Some wrought iron additions to windows are simply gated screens place in front of the window. This may form a secure barrier to entry as well as a design element.

Iron is used to create window grills and screens in modern architecture. It is rarely used to divide glass. These grills range from extremely ornate with scrolls and other fancy details to very geometric and simple. Some iron screened windows simply have vertical or horizontal bars covering the outside of the window.

Because wrought iron was the first malleable form of iron it was used in the construction of windows. Its first use in windows was as protection, but processing methods continued to advance, and it quickly began to develop into a decorative and useful tool. It was soon used to separate glass panels in windows and as casements and frames.